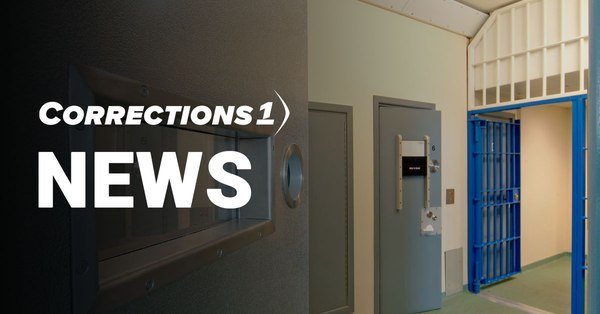 CLAYTON — St. Louis County Jail Director Doug Burris has asked the County Council to authorize spending about $5.3 million out of $193 million in new federal stimulus money coming to the county to raise the pay of corrections officers. The request is part of an effort to fill vacancies that have left the jail ill-equipped to manage a recent surge in detainees.

The request, backed by St. Louis County Executive Sam Page, seeks a total of $5,285,286 over three years from American Rescue Plan Act funds to provide a $2 per hour pay raise to 256 current corrections officers at the Buzz Westfall Justice Center, as well as raise the starting pay for the 53 vacant positions the jail hopes to fill. The starting pay for corrections officers, under the proposal, would increase from $36,847 to $40,997, Burris said.

The county has had a pay freeze for most of its employees for eight out of the past 12 years. This year, the county put $4.3 million toward merit-based pay raises for qualifying county employees.

While the city of St. Louis offers $33,772, the proposed budget for fiscal year 2022 would raise their corrections officers’ starting salary to $40,014.

The county jail has long struggled to retain corrections officers who left for higher-paying jobs or employment with private security firms, but officers left in greater numbers this year as the COVID-19 pandemic put more pressure on already difficult working conditions, Burris said. Since he sent his request to Page on April 29 to help fill 45 vacancies, eight more employees have left.

Corrections officers are working overtime to keep up with a surge in detainees from 721 in April 2020 — when the jail had 45 vacant corrections officer positions — to 1,044 detainees as of Thursday. The increase was largely driven by delays in court proceedings during the pandemic, Burris said. Since January, the jail has spent $564,720 in overtime, compared with $1.2 million in overtime for all of 2020.

The jail is staffed for about 800 to 900 detainees, Burris said, warning jail staff wouldn’t be equipped to handle the increase and it could lead to uprisings similar to those in the city jails.

“If we continue to have an increase in population without increasing the number of staff, we are at risk for something happening that no one wants,” Burris said. “The staff are doing about 130-140% of their jobs, and we just can’t ask them to do that day in and day out for months upon a time.”

Members of the jail advisory board, a citizen panel pushing for reforms of the facility after a spate of inmate deaths in 2019, have voiced support for the pay raise to ease working conditions for officers and promote better supervision of detainees.

“It’s long overdue,” said the Rev. Phillip Duvall. “If we don’t pay the workforce and keep them competitive, they’re going to go somewhere else where they are respected for a competitive wage. If you want quality, we have to pay for it.”

Burris, who was hired in September as the fifth official to lead the troubled jail since 2019, has cited a 70% drop in reported use-of-force incidents in the jail as a sign of improvements at the facility including greater transparency and medical care. Higher pay for frontline staff would “keep the positive momentum going,” he said.

Council members, including Ernie Trakas, Lisa Clancy and Kelli Dunaway, have said they support the proposal but need to consider it in detail. Trakas and Councilman Tim Fitch questioned in particular how the county would pay for the increases beyond the three-year federal deadline the county has to spend ARP funds.

“Can we use the funds still, and if we can’t, how do we continue that pay after those funds run out?” Fitch said.

Burris said the three years would give the jail and county enough time to adjust for the budgetary impact and that he is seeking other sources of funding, including federal grants, to help sustain the pay increase.

“That’s an outstanding issue I don’t know the answer to,” Burris said. “I’m just trying to keep the jail safe and secure. With three years, we have a lot of time to find out if there are alternatives beyond the county paying for this.”

The request comes at a time when the city and county have floated the idea of moving some detainees in city jails to the county jail, as St. Louis Mayor Tishaura O. Jones seeks to close the city’s Medium Security Institution, the jail known as the workhouse.

Burris said Thursday that no one has discussed the idea with him and that he has no plans for the jail to take on any additional detainees.

“We do not have the capacity to take anyone on unless things changes drastically,” he said, “and I don’t see that happening any time soon.”